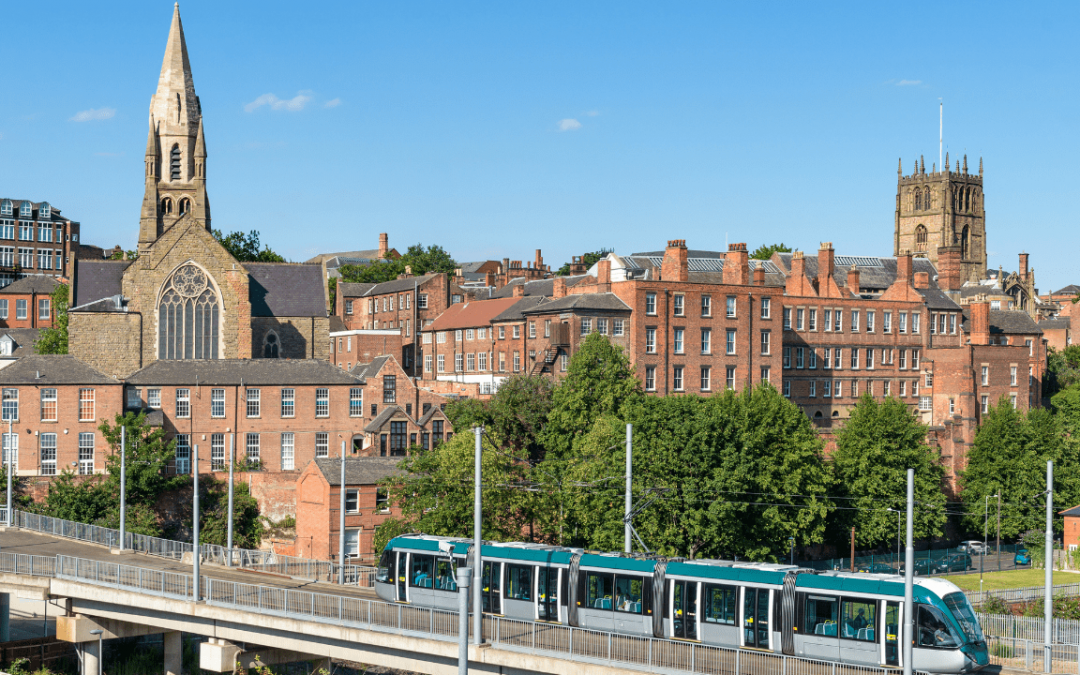 Wondering where the name Lace Market Studios came from? Then wonder no more!

The name comes from the area around our location, the Lace Market, a quarter-mile square of the city centre.

According to Visit Nottinghamshire, the area is probably the oldest part of Nottingham. Evidence of the earliest settlements have been found around Belward Street (where we’re located) and Bellar Gate; dating from the fifth and sixth centuries.

Since the Middle Ages, the Lace Market area of Nottingham has been the administrative, commercial and cultural centre. Although despite the name there has never been a market on the site.

The name Lace Market; stems from the salesrooms and warehouses that stored, displayed and sold the lace across the globe. It wasn’t until the Victorian era that the area got its name; by then the area was the centre of the world’s lace industry.

It all started In 1768, the then village of Hockley became the home of a small cotton mill.

As the mills expanded, other businesses were established and the area expanded and the lace industry exploded . By the 19th century, the was packed with the red brick Victorian buildings that thankfully still exist today; Nottingham became the centre of the worlds lace industry. At its peak in the 1890s, 25,000 people worked in the area.

By the 1970s with changes in technology and cheaper production abroad that number fell to 5,000. And soon after the lace industry within Nottingham had completely gone.

The salesrooms and warehouses fell into disrepair, and by the early 2000’s it looked like the entire area would be demolished. Thankfully, the potential was spotted by a group of businesspeople; the historic buildings were saved; and the transformation of Lace Market into what you see today began.

Today the grand red-brick warehouses and factories are home to; apartments, creative businesses, bars and restaurants. Plus the National Justice Museum and the Motorpoint Arena are a stone’s throw away. As of course is, Lace Market Studios.

Lace Market studios are the absolute pinnacle of student accommodation. From our sprawling Penthouse studios to our flexible range of unique studios. You’ll find everything you need as a Nottingham student. If you prefer to study with others or just want to spend time with your friends; there are also plenty of social spaces in which to relax.

Every inch of our location has been beautifully designed to cultivate the perfect living and studying environment.

Rooms for September 2021 are now live. What’s your favourite bit about Nottingham? Let us know on our Facebook page.

Any cookies that may not be particularly necessary for the website to function and is used specifically to collect user personal data via analytics, ads, other embedded contents are termed as non-necessary cookies. It is mandatory to procure user consent prior to running these cookies on your website.